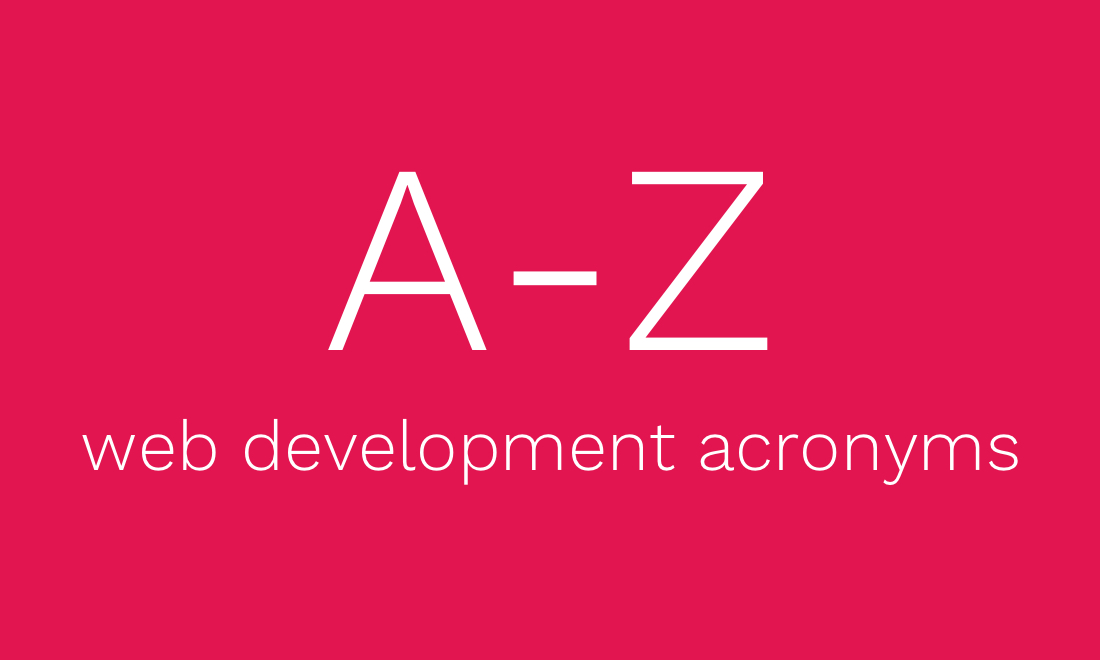 Everyday, we’re subjected to endless web development acronyms. The aim of this post is to demystify some of these for you providing some definitions and explanations.

An A record is DNS record used to map a domain name to an IP address. For example, when you navigate to themodernweb.co.uk an A record is used to direct this request to the IP address 91.146.107.11 where the resources for this website can be found.

The most popular definition for bandwidth is that it’s the volume of information per unit of time that an internet connection can handle. To simplify this further a higher amount of bandwidth can transfer data at a faster speed than a lower bandwidth connection can.

Bandwidth is most often measured in bits per second. For example 50Mb/s is equal to 50 million bits (megabits) a second of data transfer.

Learn about CSS over at W3Schools

When you come across the acronym DB in web development it’s probably referring to a database. A database is a structured set of data held in a computer, especially one that is accessible in various ways.

EM’s are a unit of measure used in CSS for the sizing of fonts and other HTML elements. The measurement is calculated relative to the item’s parent element.

FTP stands for File Transfer Protocol. It’s a commonly used protocol for transferring files from one computer to another over a network. Two great FTP programs are Transmit and FileZilla.

A GUI is a graphical user interface. It’s a computer interface that allows users to interact with the computer through graphical icons and windows.

HTML is the standard markup language for creating web pages and web applications. It stands for Hypertext Markup Language.

Learn the basics of HTML here

A keyword is a term often associated with Search Engine Optimisation (SEO). It’s a particular word or phrase that’s relevant to the content of your webpage. Keywords help your web pages appear in search engines when users use an appropriate search query.

LAMP is a typical model of web service stacks. It stands for Linux, Apache, MySQL and PHP. These are 4 components which make up LAMP are open-source.

MySQL is a free, open source database management system. Sometimes referred to as a DBMS. It’s a system that manages databases and it’s one of the most popular database systems used with PHP. For example, WordPress uses PHP and MySQL.

A name server is a server on the Internet which aids in translating domain names into IP addresses. It means that we can use human-readable domain names (such as themodernweb.co.uk) instead of having to type the IP address of the website into the address bar (e.g. 91.146.107.11).

When software is described as open source, it means the original source code of the software is made freely available and may be redistributed and modified.

PHP is a recursive acronym for PHP: Hypertext Preprocessor. It’s a very popular, open source general-purpose scripting language. It’s especially suited for web development and can be embedded into HTML.  It’s used on some of the biggest websites in world such as Facebook, Yahoo, WordPress.com and Wikipedia.

Read everything there is to know on PHP here

When people refer to queries in web development they are most likely referring to a query in a database or a search query.

A search query is a keyword or phrase which the user has entered to find particular content within a website or an application.

RSS stands for Really Simple Syndication. RSS is an XML format which allows content to be broadcast between multiple websites. Mostly, RSS is used on blogs.

SMTP stands for Simple Mail Transfer Protocol is a TCP/IP protocol used in sending and receiving e-mail. However, since it is limited in its ability to queue messages at the receiving end, it is usually used with one of two other protocols, POP3 or IMAP,

If you come across the term, Terminal, it normally refers to the command line interface of your operating system.

UX stands for User Experience. In web design and development user experience can best be described as a users emotions and attitudes towards the website or application they are using. It includes practical, experiential, affective, meaningful and valuable aspects of human–computer interaction.

Head over to Invision for some fantastic blog posts on UX

It’s a great tool! Learn more about it here.

WYSIWYG is an acronym for what you see is what you get. It refers to an editor in which the visual appearance closely resembles the final output.

The WordPress editor (when on the visual tab) is a WYSIWYG editor.

It’s primary purpose is to stor and transport data, but the language itself does not actually do anything. It requires another language or system to parse that data and do something with it.

YAML stands for “YAML Ain’t Markup Language” and it is used extensively in Grav for its configuration files, blueprints, and also in page settings.

YAML is to configuration what markdown is to markup. It’s basically a human-readable structured data format. It is less complex and ungainly than XML or JSON, but provides similar capabilities. It essentially allows you to provide powerful configuration settings, without having to learn a more complex code type like CSS, JavaScript, and PHP 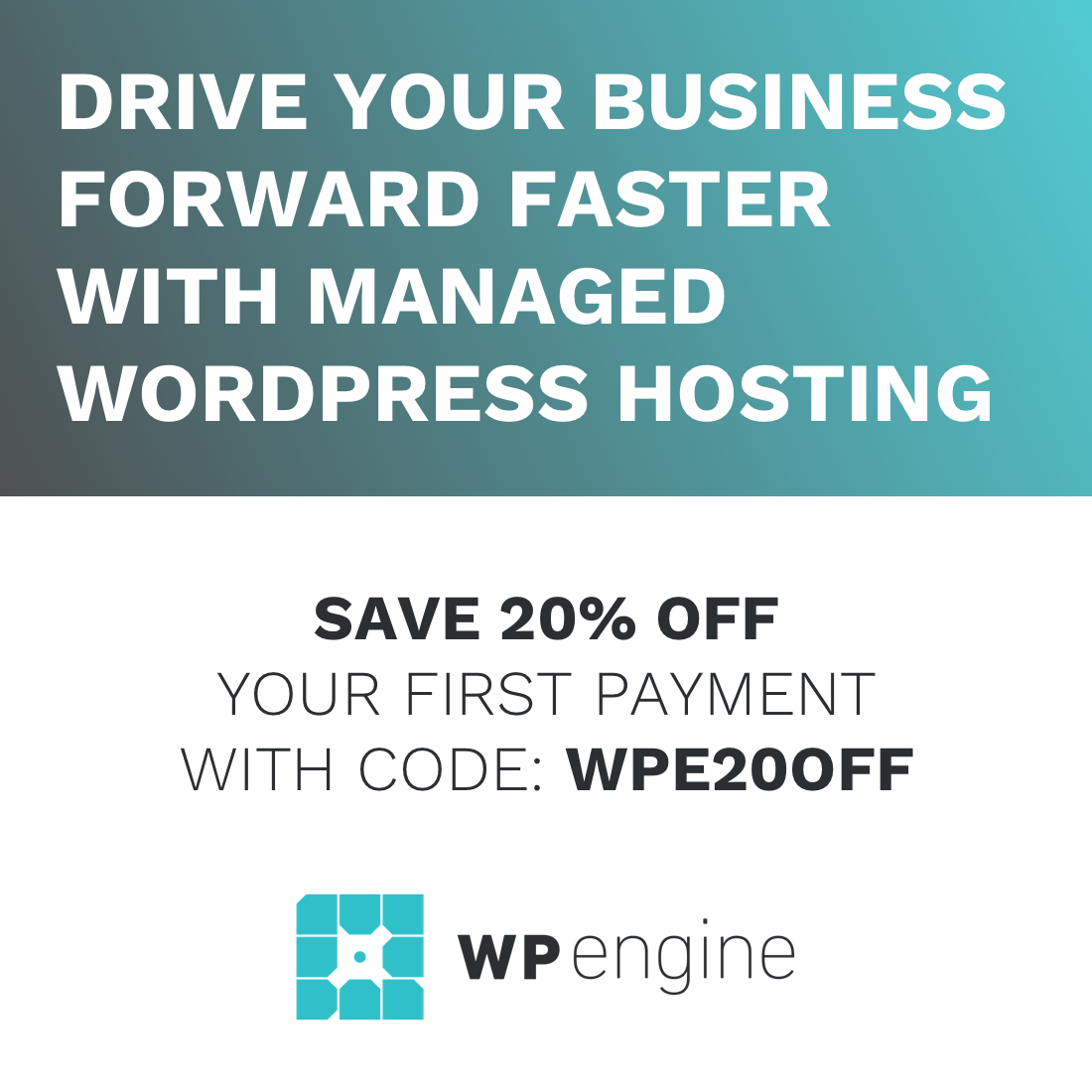 Sign up for the latest updates on web design, development and news